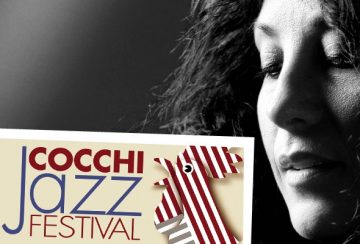 2012 was quite an amazing year for Giulio Cocchi.

With its more than 120-year history, Giulio Cocchi has earned the registration on the Register of Italian Historical Companies, and at the same time qualifyied for its commitment to protecting the environment getting the recognition “Ecofriendly Company 2013” (Guida ai Vinibuoni d’Italia / Touring Club in collaboration with Verallia).

The Alta Langa Cocchi was awarded in Italy (at Merano International Wine Festival, Guida ai Vinibuoni d’Italia / Touring Club with the “crown” for the 2006 Toto Corde and the “golden star” for Bianc ‘d Bianc 2006) and abroad (Rosa 2007 won the silver medal at the Mondial des Pinots in France). Moreover, since 2012 you can drink it in … Grande, the unique glass designed specifically for the Alta Langa by Giugiaro and realized by Spiegelau.  In the last edition of Annuario dei Migliori Vini Italiani, Luca Maroni judged the Asti DOCG Cocchi as the best sparkling wine of the year (“An absolute masterpiece, the best sparkling wine of the year, Asti Cocchi Dolce).  Regarding Cocchi’s aromatized wines, seminars have been held all over the world: from London to Prague, Tokyo, Shanghai, Singapore, Hong Kong, Athens and Stockholm.

The Storico Vermouth di Torino Cocchi and Cocchi Americano won respectively a silver and a bronze medal in the prestigious International Spirits Challenge and participated as key players in BarConvent of Berlin, Tales of the Cocktail in New Orleans, Barmood in Milan, Salone del Gusto in Turin.

A great event, Cocchi Jazz Festival, was dedicated during the summer in Turin to the unique taste of Cocchi Americano. Another great satisfaction came from the inclusion of Cocchi Americano among the ingredients of the official cocktail of the last James Bond film, the Skyfall cocktail, created by Erik Lorincz, head bartender of the American Bar at the Savoy in London.