Giulio Cocchi was a young and creative pastry chef from Florence, where he worked in the most popular bar located in Piazza del Duomo. In the late nineteenth century he moved to Asti, a small but lively town in the north west of Italy, not far from Torino. 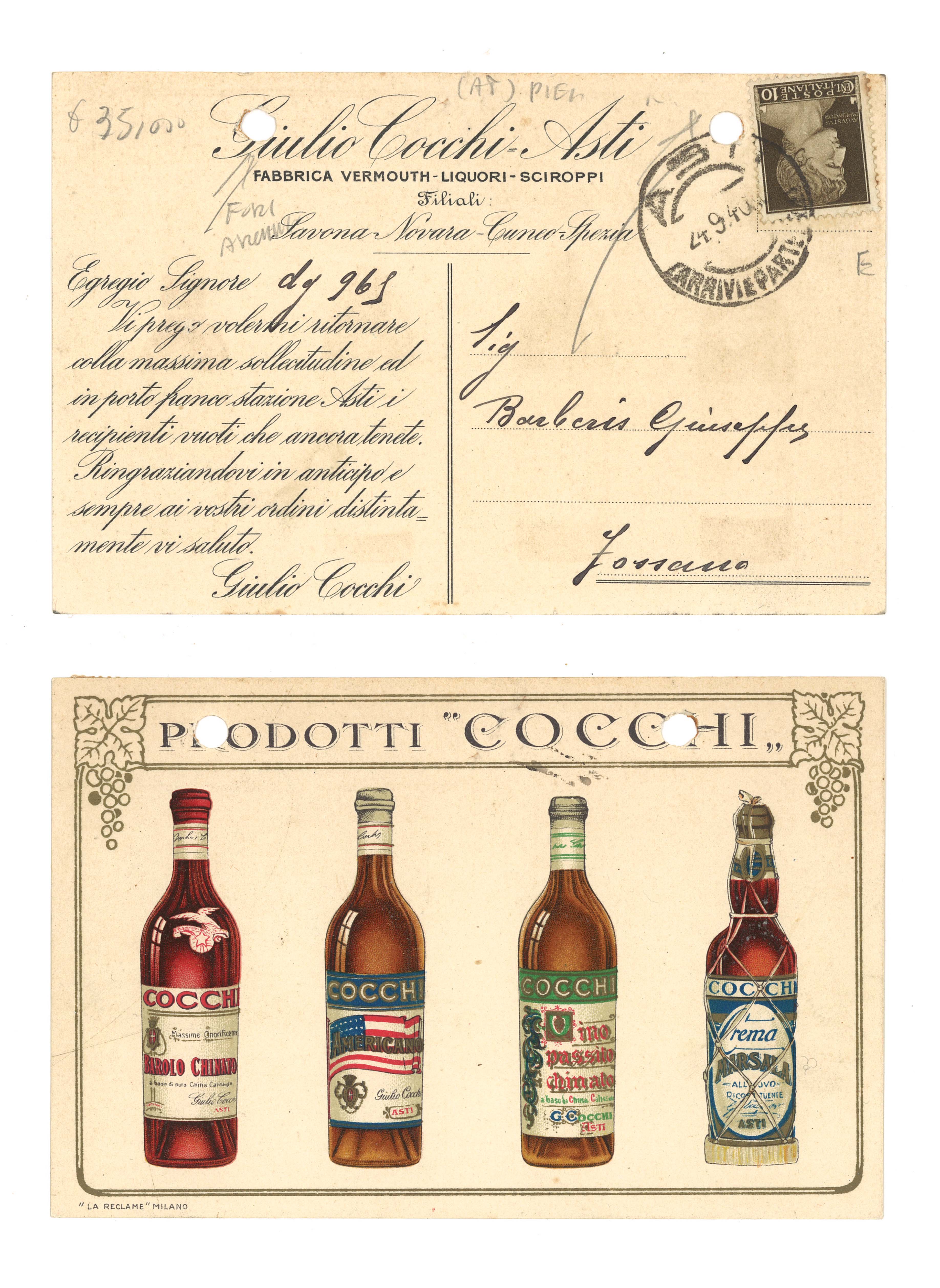 The legend tells that he fell in love with the owner’s daughter of one of the bars at Piazza Alfieri – the main square in Asti. It seems that his love was corresponded and that is why that bar is still called today Bar Cocchi – a central point in town.

There, fascinated by the local food and wine tradition, he discovered Asti as being the capital of Moscato and the local wide-spread attitude to blend wines with herbs and spices.
In 1891 Giulio Cocchi based there his activity as a distiller and sparkling wine maker. He was able to offer a range of special aromatized wine. Particularly Barolo Chinato, Aperitivo Americano and a few different Vermouths became well known and very successful quite soon.

Giulio Cocchi had the great idea of establishing authorized retailers where people could taste his products. In 1913 there were seven Cocchi tasting Bars in Piemonte that soon became twelve. 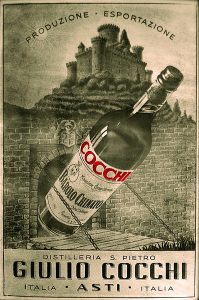 Cocchi’s original products and recipes was well-known during Belle Epoque and on the versatile scene of the Futurist period.
Cocchi’s products and name were soon spreading worldwide, as shown by exportation documents to New York, London, Sydney, Colonial Africa and Venezuela, where the “Casa Cocchi de Venezuela” was founded and run for a long while in Caracas.

Since 1978, Giulio Cocchi is owned and operated by the Bava Family, themselves highly renowned wine producers in Monferrato and Langhe. Today the winery still maintains its artisan character and follows the original recipes, formulated by Giulio Cocchi in 1891, to craft the distinctive wines that have made the Cocchi a cult name.

Among the results of last 30 years, the defense of Barolo Chinato from forgetfulness and the relaunch of Vermouth di Torino category. Storico Vermouth di Torino since 2011 has been the driving force for the rebirth of the top-of-the-range Vermouth di Torino on the international scene.
Not to be forgotten the attention for the sparkling wines, with the committment for the valorization of Alta Langa DOCG.