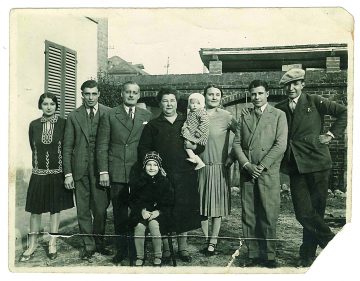 130 years is the lifespan of the Cocchi Winery, born in Asti in 1891 thanks to the creative and visionary genius of a very young pastry chef of Tuscan origins.

Nowadays the name of Cocchi is famous all over the world thanks to the production of aromatised wines – in particular different types of Vermouth, Barolo Chinato, Americano – and sparkling wines.

With this anniversary we want to remember what made Cocchi great in 130 years of history, its DNA that has distant roots and that still today can be recognized with closed eyes in a glass of vermouth. 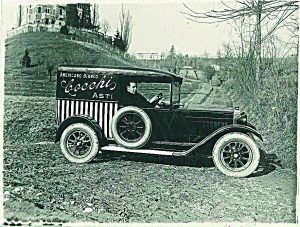 Giulio from the very beginning is an innovator and a tireless worker. We owe to him the recipes that are still the basis of Cocchi’s aromatised wines today, but also the fame of entire categories of products, such as Americano Bianco and Barolo Chinato, which thanks to him acquire visibility and is consumed in elegant lounges in the nearby capital, Turin.

Cocchi’s inventiveness and entrepreneurial spirit did not stop there: in a few years he patented new machinery for the production of liqueurs and opened a plant to distill under his strict control citrus fruits, which are very important in his recipes. He then opens tasting and commercial branches with tireless determination, first in Piedmont and then abroad.

Even today, the team at Cocchi never stops. We are always working to aim for the highest quality in sparkling wines and aromatized wines, in the vineyard, in the cellar and also outside: the commitment to the defense of Barolo Chinato, the relaunch of the Vermouth di Torino appellation, the work for the enhancement of Alta Langa DOCG are among the recent results we are proud of. 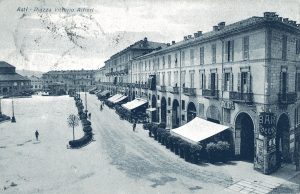 Giulio Cocchi’s adventure began with a bar, and this has marked its history and evolution. A network of outlets grows close to the Distillery, where customers can taste the renowned production of aromatized wines and sparkling wines. Between the 1910s and the 1920s there are 12 Cocchi Bars or “tasting branches”, some of which still exist today. They were the perfect testing ground for Cocchi products.

Even today, the Bar Cocchi in Asti, in the very central Piazza Alfieri, is one of the living rooms of city life, a meeting place where, in addition to enjoying an aperitif or a good evening vermouth, it is not uncommon to attend cultural events. Even today we always have in mind the world of hospitality, a privileged interlocutor for our products. 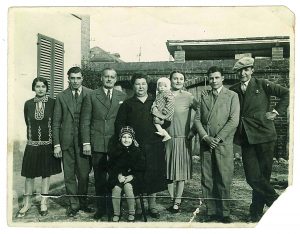 A BUSINESS OF TWO FAMILIES

Cocchi was born as a family business and it is a family business still today. Giulio was assisted by his wife Giuseppina, who used to work actively with him in the Distillery and then by his 7 children. Giulio was then followed by his son Federico, author of Cocchi’s international success. It was Federico’s daughter, Adria, that finally passed the company to Piero Bava in the 1970s. 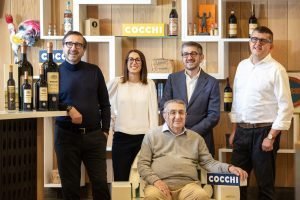 In the last 40 years, Cocchi has seen 3 generations of the Bava family follow one another, bringing new energies, experiences and strengthening the bond with the territory and its wine vocation. In fact, the Bava family has been producing wine in Monferrato since 1600, and today it has 50 hectares of vineyards in Monferrato and Langa: the Bava family have given new life and prestige to the Cocchi production, accentuating the relationship with the great quality wines of Piedmont, modernizing the production techniques and laying the foundations for what has once again become a cult brand in the world.

130 years have passed since Giulio Cocchi began producing aromatized wines in Asti, in the grounds of the medieval Baptistery of San Pietro. The bond with the city has always remained strong, and is testified by the buildings of the historic offices that still exist and by the Cocchi bar, still today a landmark for the social life of the city.

Today across the globe Cocchi is the champion not only of Asti but of the whole region of Piedmont: from the  careful selection of local ingredients, to Piedmontese wines and herbs, until the comsumption style. 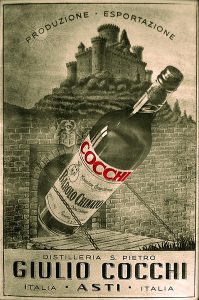 COCCHI AND THE WORLD

Cocchi from the earliest years has gone beyond the borders of the city of Asti. In 1935 Federico Cocchi, the soul of an explorer and great traveler, moved to Asmara (Eritrea), where he opened a Bar Cocchi that would become a point of reference for the city. Ten years later he is in Caracas, where he established the Casa Cocchi de Venezuela headquarters which will remain in business for many years. In the 1950s he landed with his vermouths in New York. In each of these stages, he is followed by Vermouth, Barolo Chinato and the Americanos, often shipped in large barrels in an adventurous way. Italian emigrants are looking for home products, which gradually conquer new spaces.

Today Cocchi, in the footsteps of its founders, is present in 70 markets around the world: in wine bars, haute cuisine and in the best cocktail bars of the five continents thanks to the tireless work of Roberto Bava and of all the enthusiasts who work daily to share the Cocchi’s products, knowledge and love in the world.

ONLY WINE BASED PRODUCTS

Cocchi, born as Distilleria San Pietro, immediately acquired fame for its aromatized wines, starting with Barolo Chinato, of which Giulio is the first producer, Americano Bianco, a radically innovated recipe, and the vermouths: first the “Torino”, then the Bianco and then the Dry. These products are accompanied by a vast production of liqueurs, bitters, syrups and sparkling wines: the renowned Asti Spumante but also various dry sparkling wines produced both with the Martinotti method, patented in those years in Asti, and with the Champenoise method. All the products that today make Cocchi famous all over the world will originate from these experiences.

Today the production of Cocchi collects only wine-based products: alongside the original recipes for vermouth and aromatized wines, grappas made with our pomace, Piedmontese Italian Method sparkling wines and Alta Langa DOCG. A precise choice of production consistency and enhancement of our expertise, with a continuous search for quality thanks to the work of Giulio Bava, oenologist, and Paolo Bava, oenologist and botanist

For 130 years, the Cocchi style has been defined by elegance and authenticity, the quality of the ingredients, knowledge and experience tracing back in the 1800s and a passion and creativity that have never failed over the years.